Admiring the 7 most beautiful caves of Vietnam

Admiring the 7 most beautiful caves of Vietnam 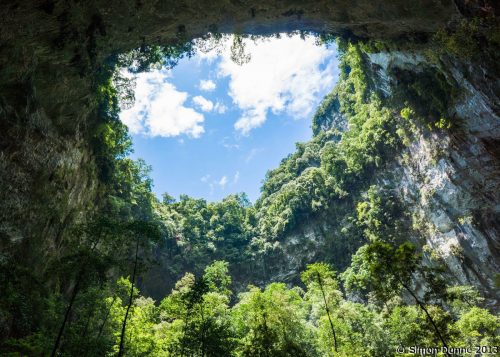 There are many stalactites with strange shapes in the cave. They are named based on the shapes, such as Bau Sua Me (Mother’s Breast), Hoa Phien Nao (Sorrow Flower), Dun Gao (Rice Dune), Dun Tien (Money Dune), Cay Vang (Gold Tree), Cay Bac (Silver Tree). There is also the “road to heaven” and the “road to hell “. The Kwan Yin green stone statue is carved beautifully and is a very old and valuable  statue.

2, Tam Coc – Bich Dong is called the “Ha Long Bay on land” of Ninh Binh. Tam Coc means three caves, including ” Ca” , ” Hai ” and ” Ba “. All the caves were created by the Ngo Dong River that runs through mountains. The only means of transport to discover Tam Coc is a boat. The journey to discover Tam Coc – Bich Dong is also associated with the visit to the temples in these caves.

3, Dau Go Cave is on Dau Go Island in Ha Long Bay, Quang Ninh Province. It is divided into three main compartments. This is the first compartment.

4, Thien Cung Cave in the north of Dau Island. On the cliff is a monumental painting recreating the fairytale characters. In the center are four huge pillars.

6, Thach Dong is Located in My Duc Commune, about 5 km from the center of Ha Tien town. Thach Dong mountain is a steep limestone block. It is 90 meters above sea level and about 45 m in diameter. It has two main entrances. The wood-made Tien Son Temple is inside the cave. It was built in 1790 and rebuilt in 2003. The case is associated with the Vietnamese fairytale “Thach Sanh” so it attracts a lot of tourists

7, Son Doong is one of the largest caves in the world. It is located in Son Trach commune, Bo Trach district, Quang Binh province. The cave was discovered in 1991 by a local man named Ho Khanh. However, until 2006 the discovery of this cave was announced. The tour to Son Doong is offered by Oxalis, at the price of $3,000 a person. All tours to 2016 have been fully books.