As for the geographical and climatic features, along with the formation of resident community in the process of social development over the time, Quang Binh has possessed a system of attractive and diverse natural tourist values. The province is captivating a large number of tourists in Vietnam travel, especially who adore adventuring caves in Quang Binh. At present, the most famous cave in the province is Son Doong Cave which is praised widely around the world for its outstanding beauty and values. Yet, the expenses to explore the cave is not suitable to ordinary travelers. Therefore, there are some alternative caves inPhong Nha Ke Bang tours to satisfy the adventuring desire of these travelers that suggested by NETIN TRAVEL  as follows.
Phong Nha Cave

Phong Nha Cave is located in the limestone area of Ke Bang in Son Trach Commune, Bo Trach District of Quang Binh Province. It is about 50km to the Northwest of Dong Hoi City. Phong Nha Cave is dubbed as the second best cave in Vietnam. It is protected by tropical jungles. From Son River, it takes about 30 minutes to approach Phong Nha Cave. With the length of 7,729 meters, the depth of 83 meters, and the height of 50 meters, along with many smaller caves such as Bi Ki Cave, Tien Cave, and Cung Dinh Cave. This is the wet cave with waters running underground and featured stalactites. It is said that these stalactites make the featured characteristics of Phong Nha Cave. 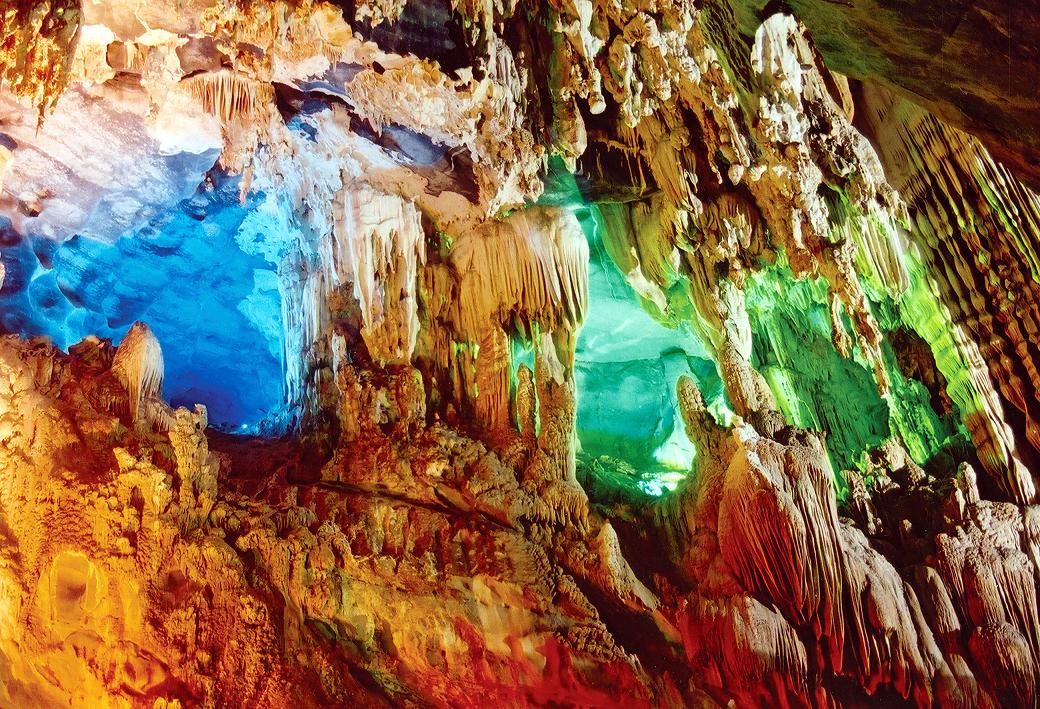 Dubbed the “underground palace”, Paradise Cave is one of the most magnificent and fanciful wonders over the world. Thien Duong Cave lies in the heart of the World Natural Wonder –Phong Nha Ke Bang National Park. The cave belongs to ancient karst terrain dated back 350 – 400 million years ago. Paradise Cave is situated in Km 16, far about 4km from the edge of the west branch of Ho Chi Minh trail in Son Trach commune, Bo Trach district, Quang Binh province. It is far about 70 km from tyhe Dong Hoi city center to the northwest.Thien Duong Cave is about 25km from Phong Nha Cave. It is convenient to travel between two caves.

Dark Cave was discovered for a long time ago. During American resistance war, the cave used to be the shelter of soldiers and locals. In 1992, the British Caving Association surveyed, mapped, and measured Dark Cave with the length of 5,558m, the depth of 80m, and the height of 50m. The Dark Cave has an outstanding beauty. The appearance of Dark Cave does not match its name. The light from outside enters the cave through stone cliffs, reflects on water surface. All creates a wonderful picture of this cave. Travlers in Vietnam tours to Quang Binh will have 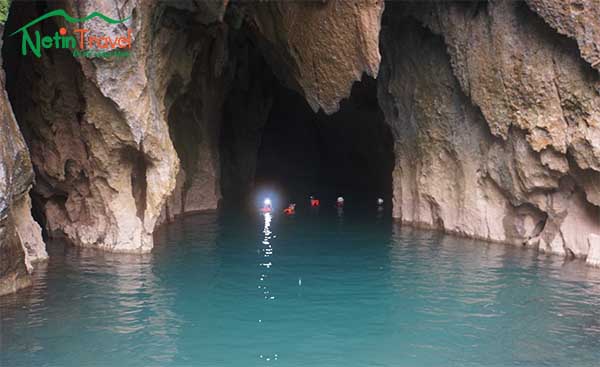 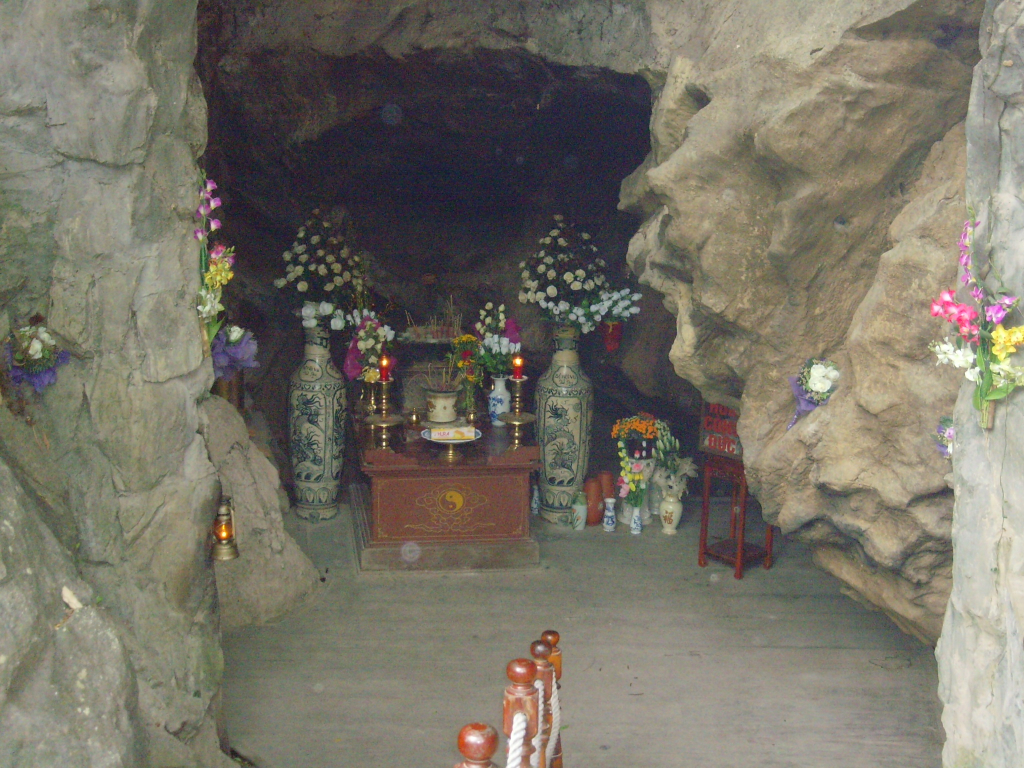 Tam Co Cave is situated in Tan Trach Commune of Bo Trach District in Quang Binh. It is about 55km from Dong Hoi City to the northwest. The cave is the evidence of great contribution of youth volunteers in American resistance war. The story of Tam Co Cave (Eight Ladies Cave) is dolorous. Many tourists coming here and hearing about the story of eight young female volunteers burst into tear when listening from the tour guide.

Tu Lan Cave is located in Tan Hoa village, Minh Hoa district, Quang Binh. Tu Lan Cave is about 70km from Phong Nha Cave to the northwest. Tu Lan has 08 smaller caves. It was found in 2009. In 2012, more four vallyes were discovered. The system of Tu Lan Caveincludes the main cave – Tu Lan Cave and auxiliary caves, namely Song Cave, Uoi Cave, Chuot (Mouse) Cave, Hung Ton Cave, Kim Cave, Tu Lan Cave, Ken cave and To Mo Cave. The cave system of Tu Lan is still untouched and hides in itself many secretes of the nature in the heart of limestones, underground river, and endless waterfalls. To contemplate what the Mother of Nature created, tourists have to pass rough routes and catch many difficulties. With the magical beauty of stalactites and mysterious underground river, along with the pristine beauty of forest, the scenery will be saved in mind once coming here.

Coming to Phong Nha Ke Bang National Park, tourists will have a chance to admire the majesty of the third biggest cave in the world. More interestingly, the time to explore Hang En Cave is 2 days 1 night. Here is an ideal stopover for those who love adventures but do not have much time. En Cave has a total length of 1,645m with three entrances. Hang En Cave was voted as one of the most spectacular caves in the world by National Geographic. The most special feature of Hang En Cave is the separate ecosystem and climate, along with a beautiful river, which will bring a unique experience to tourists.

Son Doong Cave, located deeply in Phong Nha Ka Bang National Park for millions of years, is the biggest cave in the world. After being discovered in 2009, Son Doong Cave triggered the curiosity of global tourists coming here to explore and admire. Son Doong Cave has the length of about 5km, the height of 200m, and the wide of 150m. According to Conde Nast Traveler, the cave can occupy a big house in Manhattan, US equivalent to a 40-floor building. Inside the cave, there is a separate ecosystem formed by the sunlight from ceiling holes and clouds. The stalagmites in Son Doong Cave reach the height of nearly 80m. The lime stones sized baseballs scatter throughout the cave floor. The spectacular underground scenery shows that there are many beautiful landscapes in the world to discovery.

links building
Reply
I think the admin of this site Phong Nha Cave is genuinely working hard for his web site, as here every material is quality based stuff.