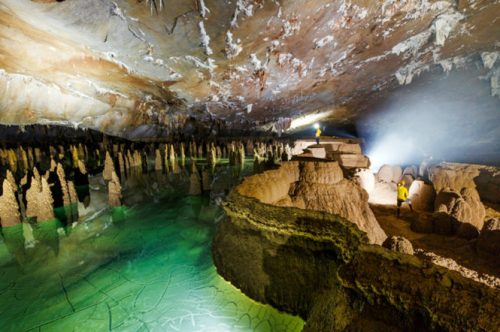 According to the content of the document  No. 1058 / VPUBND-VX (dated 30-5-2016), Quang Binh provincial People’s Committee agreed to allow orgnazing the Hang Va – Nuoc Nut cave tour. Hang Va and Nuoc Nut cave was early known by local peaple, but the  British Caving Association ‘s survey was conducted and published in 2000.

The Nuoc Nut cave’s entrance is atttractive to many tourists. INTERNET PHOTOS

you should refer to the other attractive tours: