Along with Phong Nha Cave, Quang Binh Paradise Cave is well-known and highly appreciated by magazines as well as domestic and international tourists. In this article we will introduce in detail about this attractive destination.

Where is Paradise Cave?

When Paradise Cave was found ? 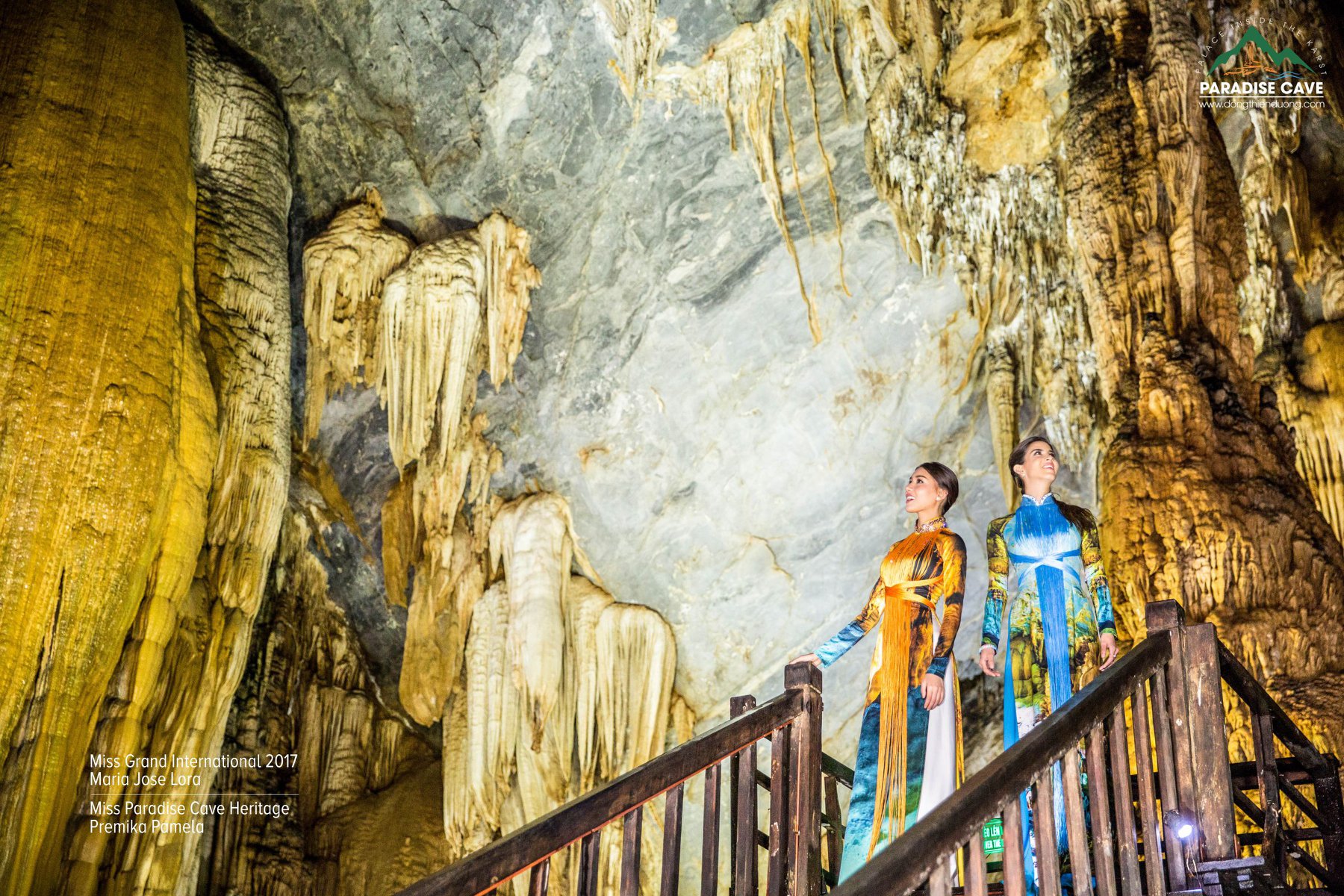 When Paraside Cave was exploited for tourism?

In 2009, Paradise Cave was put into tourism operation by Truong Thinh Group in Quang Binh and attracted many visitors.

With a unique sightseeing route and easy access, Thien Duong Cave is highly appreciated and welcomes millions of visitors every year.

Royal Palace in the ground

Known as the “Royal Palace in the ground”, Quang Binh Paradise Cave is one of the most magnificent and magical wonders in the world. Visitors can easily admire the beauty of stalactites in the Cave by following the available stairs.

The Cave is hidden deeply in the heart of the World Natural Heritage Phong Nha Ke Bang National Park, belonging to the ancient Catte terrain, dating from about 350 to 400 million years ago.

From Dong Hoi city Center to Paradise Cave is about 75km to the Northwest next to the West branch of Ho Chi Minh Road, the road is very convenient.

The longest dry cave in Asia

In 2005, the information that a local people had accidentally discovered a valuable Cave located in the heart of Phong Nha – Ke Bang National Park has attracted the attention of tourists. national and international scientists, explorers and communities.

Not long after that, the British Royal Cave Research Association, under the chairmanship of Dr. Howawd Limbert immediately organized a Cave exploration team and announced the surprising results. Paradise Cave was considered the longest dry cave in Asia, especially the stalactite system with shimmering, fanciful beauty beyond human imagination.

Thien Duong Cave has a length of more than 31.4 km, width ranges from 30 to 100m, the widest place up to 150m. The height from the bottom to the ceiling of the Cave is about 60-80m. Paradise Cave is also rated as one of the most magnificent Caves surveyed. The Cave has a magical and wonderful structure that makes Cave explorers think of a Paradise on earth.

The Cave door is small just enough for one person to come down. The magical beauty of the Cave is revealed when the light shines on countless sparkling stalactites. The entrance door is narrow, but when the width inside the Cave is more than 200m, the ceiling is so high and wide…

There are a few stalactites when the light shining on will sparkle like stars in the sky. Most of the Cave foudation is flexible, wide and flat, the temperature  is only from 20 to 21 degrees Celsius.

To serve visitors, the exploited company has installed a long wooden staircase system through the center of the Cave. This system of stairs will prettify the wild beauty of the Cave without affecting the stalactites during the Tour exploitation.

Holding the record as the longest dry Cave and having the most unique and magnificent system of stalactites in Asia, Paradise Cave has been highly appreciated by many international organizations as well as the destination of competitions.

Paradise was the place in Quang Binh where organizing the Miss World Peace Contest, the image of Quang Binh Caves have been transmitted around the world, contributing to promoting Vietnam’s tourism in general and Quang Binh’s tourism in particular.