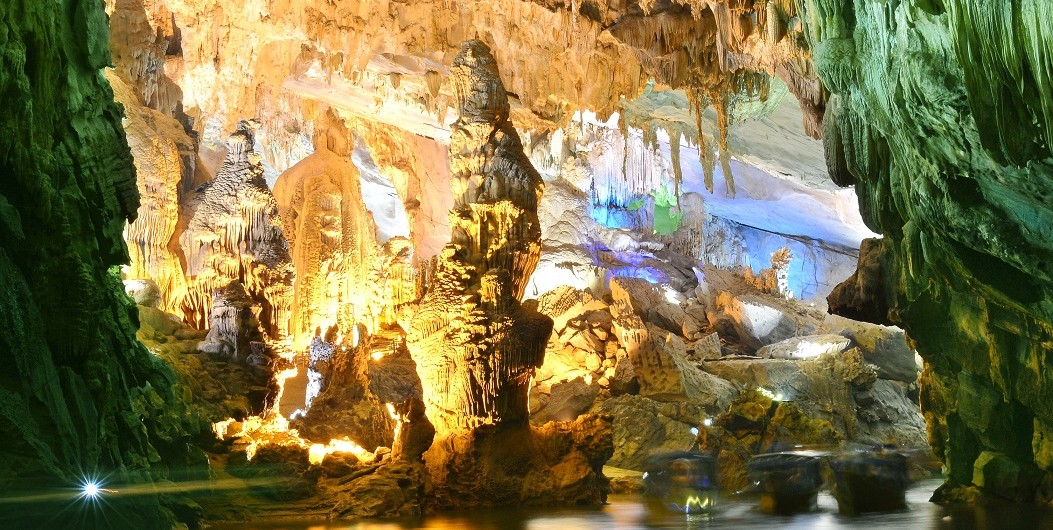 The wanderlust travel magazine has just voted most 5 amazing caves in the world. Phong Nha Caves was also honored to be listed.
Ranked 5th on the list, Phong Nha Caves was introduced as a wonderful cave with colorful stalagmites and stalactites system

To get inside 9 long caves system 44,5km, guest must pass through an underground river connecting with Son (Lipstick) river; however at the first 1,5km, guest
can use hiring boat to get in. Moreover, visitors can also participate in interesting places such as climbing mountain, kayaking in march april and may.
When coming here, traveler will be attracted by white butterflies. Currently, Phong Nha caves is one of the most famous destinations in Quang Binh that attracts traveler