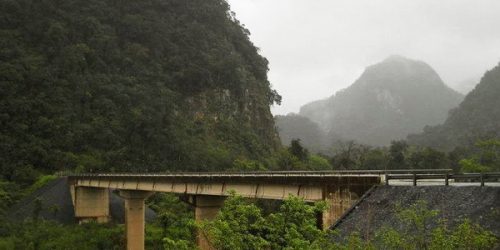 According to the Provincial People’s Committee, they allowed the JUNGLE BOSS to open a survey tour to Tra Ang cave – Hamad valley for visitors in three months. The tour is about ecotourism in combining with caves, having bath in the stream, visiting natural landscapes.

The purpose of the tour is to make more diverse in Nation Park and tourism products, contribute to meeting demands of  discovering the heritage’s unique values.

Reportedly, the valley “Hamad”, at km27 of Ho Chi Minh west branch trail, is featured for its beatuty of natural landscapes and a diverse vegetational cover with high biological diversity.
The Tra Ang cave, at km17 of 20 Victory Road, was discovered in 2014 by British Cave Research Association with 650m deep.
The cave is green and cool with underground system, includes stalacties with various colorful shapes. It collects water from Va cave, Son Doong cave (the largest cave in the world) and
swallow cave to pour into Tra Ang stream with over 4km long.