Dong Hoi Citadel is located in Dong Hoi city, Quang Binh Province. It is a complex of high fences and towers, forming a fortress that protected the kings and the capital of the Nguyen dynasty since 1630. The citadel is 1’500 m away from Nhat Le beach; it is adjacent to Nhat Le River in the East side and the forest on the West side.

The construction of Dong Hoi Citadel was started in 1812, at the location where King Nguyen Phuc Nguyen built Tran Ninh Rampart and Dong Hai Post in 1774. When King Gia Long passed away, King Minh Mang asked a French general to re-design the citadel, and in 1824 he rebuilt it into an invincible fortress which has the shape of a star. The perimeter of the citadel is 1.860m; its height is 4m. The 1.35m-wide façade faces the West. In addition, the citadel has 3 other big gates: North, South and East, which are equipped with 8-roof towers. Each gate has a well-designed bridge which connects the citadel with the outside area. In 1842, when Kinh Thien Tri was reigning, he renovated Dong Hoi citadel to consolidate its strength.

Dong Hoi citadel held an important position in many periods of the country’s history. In 1885, when the French army attacked it, people and the soldiers of Dong Ha defended and triumphantly won the battle, making the French retreat. During the Vietnam-France war from 1945 to 1954, the local inhabitants have also made several attacks at the citadel.

Nowadays, there is no more war in Vietnam, but the beautiful Dong Hoi citadel still stand vividly as a honorable symbol of the brave country, attracting visitors from many places around the country and the world.

In 2009, the Church of Tam Toa (pictured) was at the centre of a conflict between Catholics and local authorities, with beatings, injuries and arrests. For Vietnamese Catholics the building has a very special significance. It’s existence was first documented in 1631 and in the seventeenth century it was the largest in the region, then called Sao Bun, with 1200 faithful. The present building, in Portuguese style with a typical large bell tower, was built in 1887 and was considered one of the most beautiful churches in the country.

During the war it was hit during American bombing, leaving only the facade and bell tower standing. When the war ended, the parishioners were so impoverished that they could afford its restoration. Nevertheless, religious ceremonies were held regularly on its land. Until 1996, when the People’s Committee of Quang Binh province confiscated it, establishing what would become “a memorial site” that should be “preserved and protected for future generations to remember the war crimes of the Americans “.

Born on the Van Chai, Phu My village (currently My Canh village, Bao Ninh ward) in 1906, Me Suot had to face with many difficulties. She had to be a servant for rich families for 18 years. After August Revolution, she got married and had three children (2 daughters, 1 son). Then, she made a living by ferrying on Nhat Le river. From 1964-1966, the war became more severe since American air force intensified bombing activities. At the age of 60, Me Suot still voluntarily worked as a ferry woman under the mission of delivering officers, wounded soldier and weapons across the river. Each year from that period of time, it was estimated that she carried 1,400 times even under heavy bombardments. In 1968, she sacrificed after a bombardment. 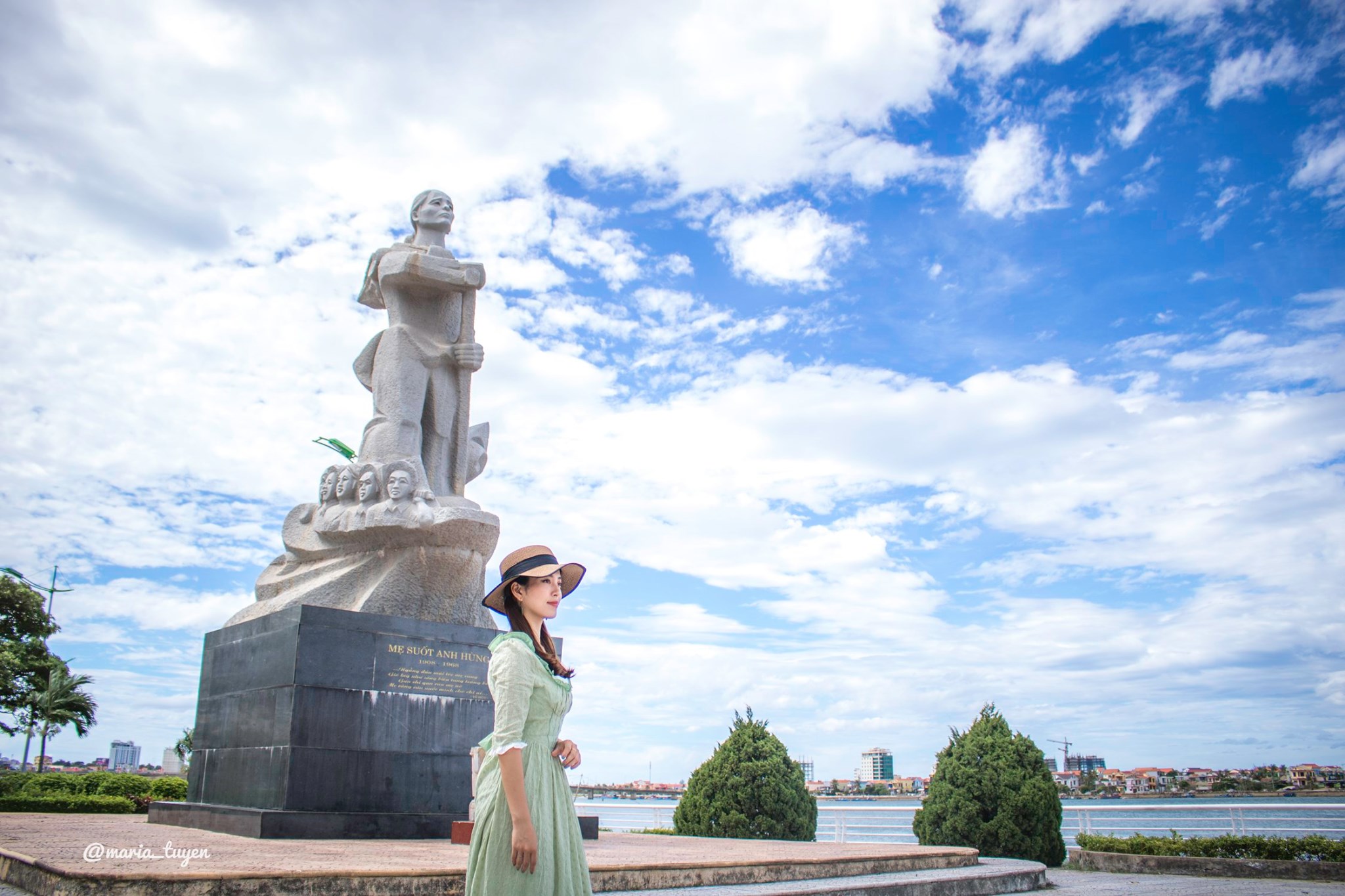 On 2003, the statue was inaugurated as a symbol of courageousness of not only Quang Binh people but also Vietnamese women. Looking to the Nhat Le river, Me Suot statue was sculptured right at the ferry where the woman used to deliver weapons as well as soldiers cross the river.

Bau Tro is a freshwater lake located between the sand dunes and Nhat Le beach. It is so deep that no bottom. This lake is an important fresh water supply source for Dong Hoi city. Moreover, Bau Tro is known as an archaeological site where excavations found remains of the prehistoric Neolithic period. This is a landscape, is both a vestige zone with archaeological sites of ancient Vietnamese to leave.

Standing on a sandy hill of Hai Thanh ward to look down, we can see that sea and lake only a few inches apart. in rougt sea days, just think that the sea integrates into the lake. Strangely, despite nearly, the water lake is still fresh as the forest streams. Formerly, Dong Hoi denizen often taking the water lake to washing white clothers. Lake water seep mainly from the sand so very cool and saccharine, can bleach clothers. This is the only fresh water source provide running water for denizen of the city which was contaminated with salt water for a long time ago.

Vinh Moc tunnels “Legend in the Ground” at Viet Nam

Surrounding the lake is the range of green casuarina trees emerging on the blazing sandy zone. In recent years, as the ecological lake environment has improved so many birds return to reside in forest. Visitors to the lake, nothing interesting than tie the hammock under a tree and listening to rustling of sea wave mixed the chattering of birds that take us to peacefully sleep.

If you want to have a city tour, don’t hesitate to contact us