Quang Binh is a province in Central Vietnam, one of the places that suffered many demages during Vietnam War. Today, when peace is restored, with the inherent beauty that nature offers, Quang Binh has become a famous tourist destination of our country, representing the image of Vietnam closer to the world.  Those are wonderful landscapes and have been recognized as a record. We would like to introduce 11 Vietnam records that Quang Binh owns. 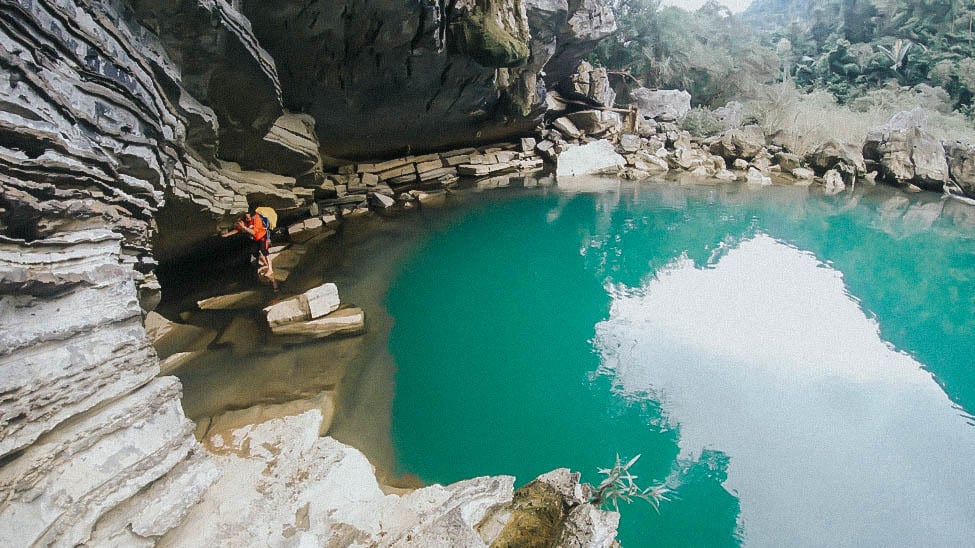 1 Local has the most cave system.

2 The locality has the longest underground river system.

3 The cave has the largest cave dome.

5 The locality has the narrowest breadth.

6 Hot Spring is the highest temperature.

7.1 Dry caves have the longest length.

7.2 The long dry cave has the most unique stalactite system.

7.3 The cave has the longest wooden bridge.

8 The longest coastline and sandbar.

Local has the most cave systems.

The common record for all Quang Binh is that “The locality has the most cave systems”. This is also the reason why Quang Binh is always associated with the name “kingdom of caves”. In the system of hundreds of large and small caves here, the Phong Nha – Ke Bang cave system alone is rated as the World’s most valuable by the Royal Cave Research Association of England, there are more than 300 large caves and small caves.

The locality has the longest underground river system. 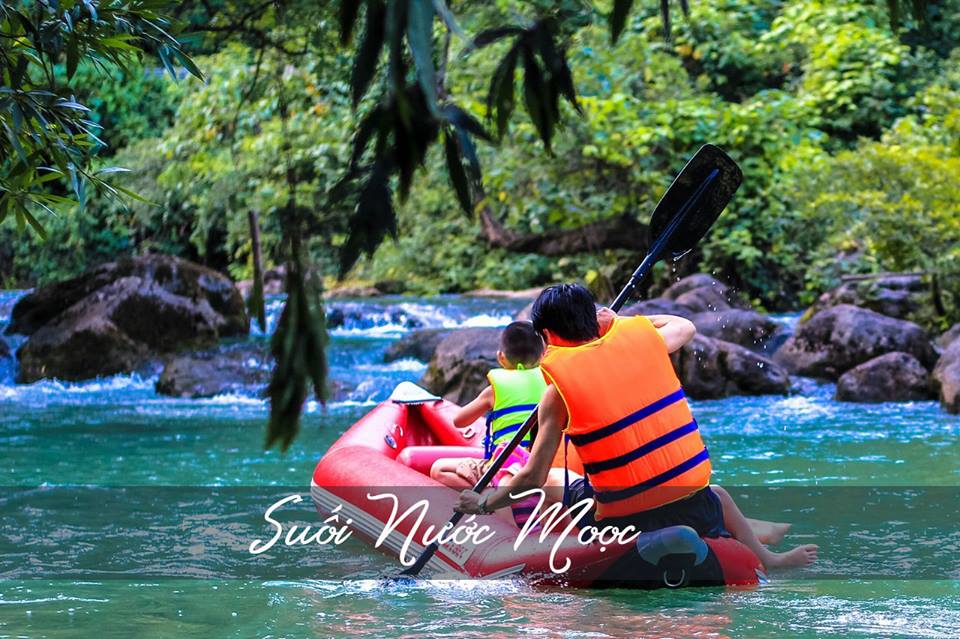 The cave has the largest cave arch.

The third record for Son Doong Cave is “The cave with the largest cave”. With a length of 6.5km, width of 200m, height of more than 150m. Son Doong Cave was recognized by the Royal British Cave Association as the natural cave with the largest cave arch on April 22, 2009. In addition, some sections of cave are larger, up to 140x140m including stalactite columns up to 14m high.

The next record is for the Ho Chi Minh road. Quang Binh is one of the provinces with the road named Uncle Ho running through. And the road also brings Quang Binh another record, which is the “Ho Chi Minh road system (including East and West branches) going through the longest province” with 320km of a total length of 2,800km. 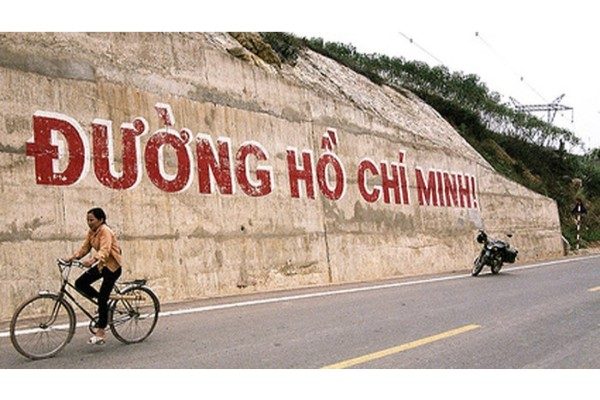 Local terrain has the narrowest width.

Quang Binh not only suffered many wars during the war but the terrain structure was also not wide open. Located in the narrowest part of Vietnam’s S-shaped strip of land with a width of only nearly 50km, Quang Binh is known as “The locality with the narrowest topography”. 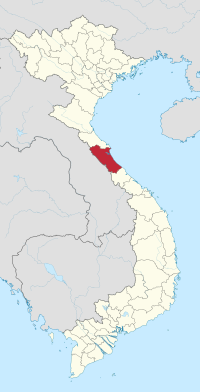 Record “Open-air hot spring with the highest temperature” is for Bang mineral spring. Bang mineral spring is located in Le Thuy district, 16km from Dong Hoi city. The source of natural hot spring water spans 250m from the ground, hot to 105 degrees Celsius. This is the only water source in Vietnam that has a temperature higher than the natural boiling point of water and is completely sterilized.

Dry caves have the longest length.

Thien Duong cave belongs to Vom cave system, discovered by the Royal Caves Association in 2005, is a masterpiece of nature and is like a paradise garden with magnificent beauty, so named by explorers is the Heaven Cave. This is the longest dry cave with 31.4km, height of 60m, width inside the cave from 30-150m, some places up to 150m wide.

Long dry cave has the most unique stalactite system.

Thien Duong Cave was fortunate to be endowed with a magnificent, magnificent, multi-level stalactite system with a shimmering, fanciful beauty, formed 400 million years ago. For example, Cung Thach Hoa Vien with stalactites like Our Lady of the Virgin holding a Baby, or the Archery of the Tale of Convergence and the whole population of the Amitabha statue, Tang and Tang teachers ascending the business hall, the image of Phuc – Loc – Tho, Buddha tower …

The cave has the longest wooden bridge.

The entire system of corridor corridors in Thien Duong cave is made of Tau wood, nearly 1,000m long and 2.1m wide. The two sides are solid railing system. Along the way and the central areas are designed stops for tourists to admire. This wood design gives the cave a wild beauty yet still as dignified as the way to heaven 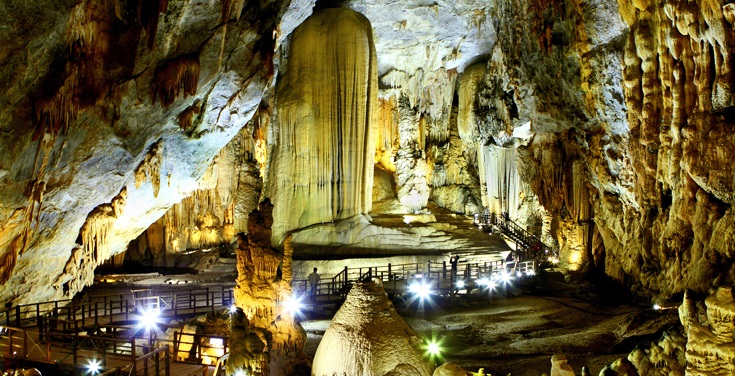 The longest coast and sand strip.

Not only beautiful caves, Quang Binh has extremely beautiful beaches. It is easy to understand because Quang Binh owns a record of “The longest coast and sand strip”. With one side bordering the sea and one side bordering the majestic Truong Son mountain range, Quang Binh has a sea area of ​​595km2, a coastline of 116,04km long with 39,125ha wide sand dunes, dunes high from 30-40m and towing dozens of kilometers long. 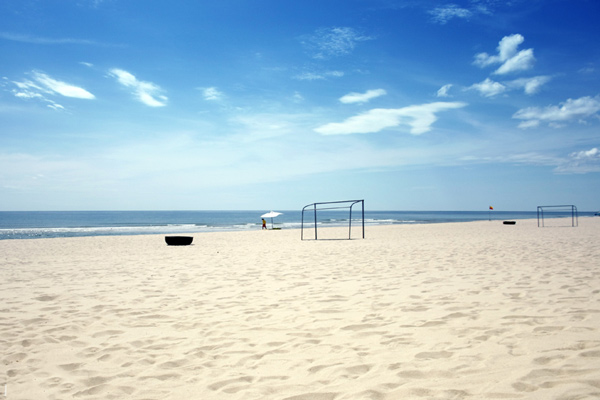 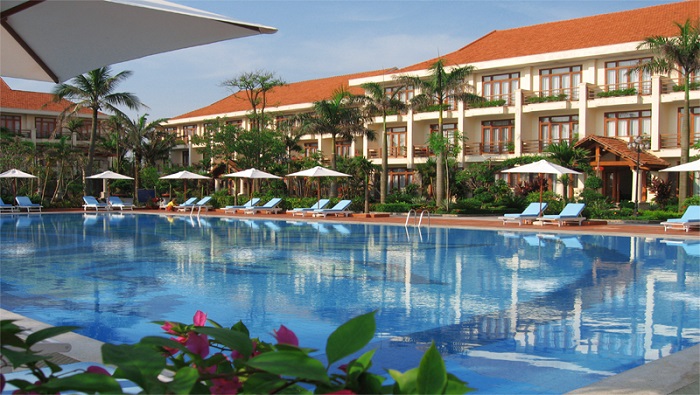